As early as 1866, student missionaries held services in Cameron Church (Euphemia Township) and the Log Church (Brooke Township) as well as in the school and homes of Alvinston, Ontario. When the new railway drew more people to Alvinston, London Presbytery appointed Rev. Archibald Stewart of Burns Church, Mosa Township to moderate a meeting of the above-mentioned sessions to start a congregation in Alvinston. The first church, a white frame building, was built on Church Street in 1873; the first sacrament observed on June 7, 1874. In 1879, the first Alvinston Elders were Peter McDiarmid, John McPhail, Neil Campbell, E.G. Elliott and Angus McKinlay. 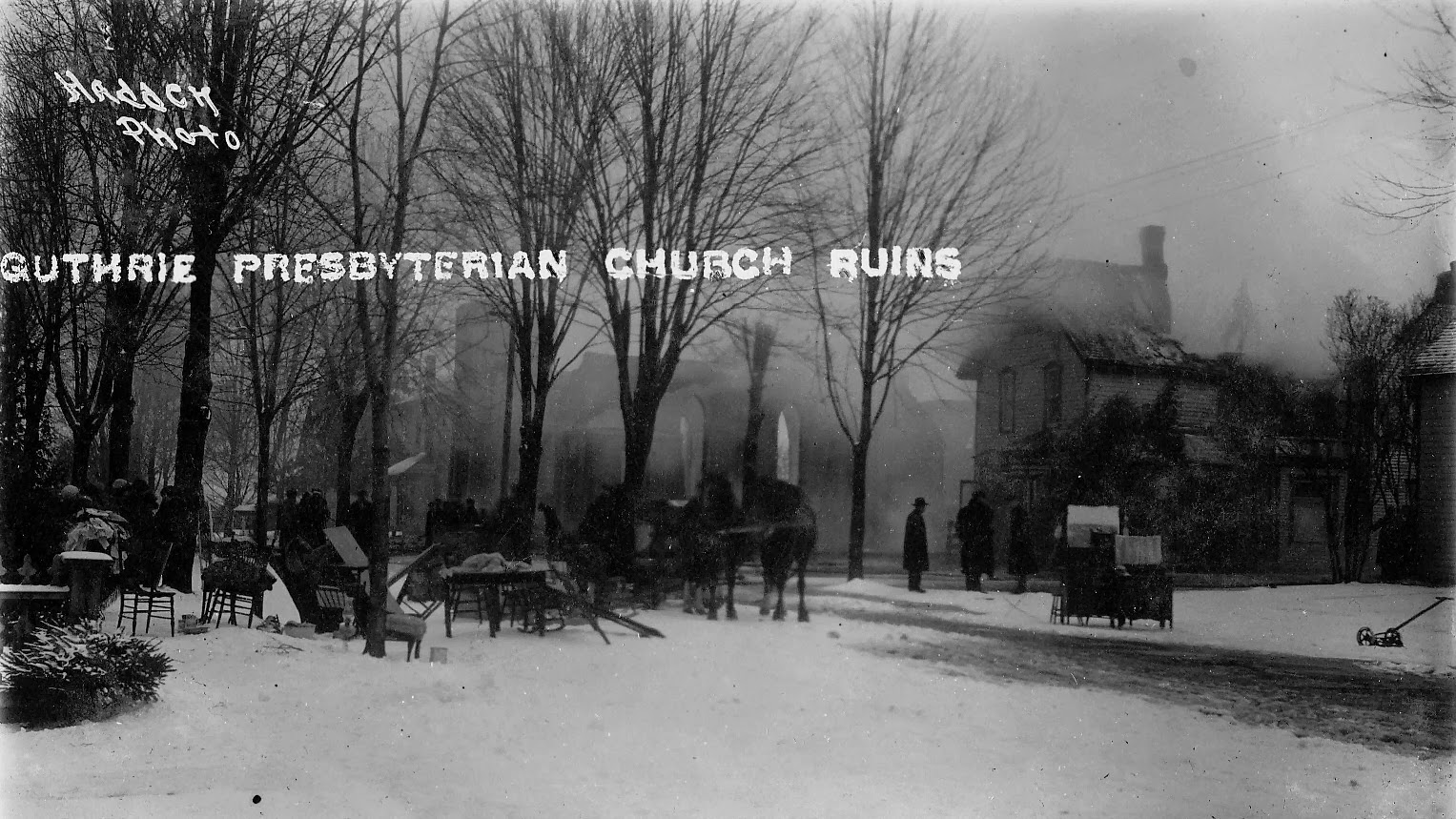 The first church was moved to the back of the new brick and stone church which was built in 1897 at a cost of about $5000. The January 1898 dedication service drew capacity crowds during three services. 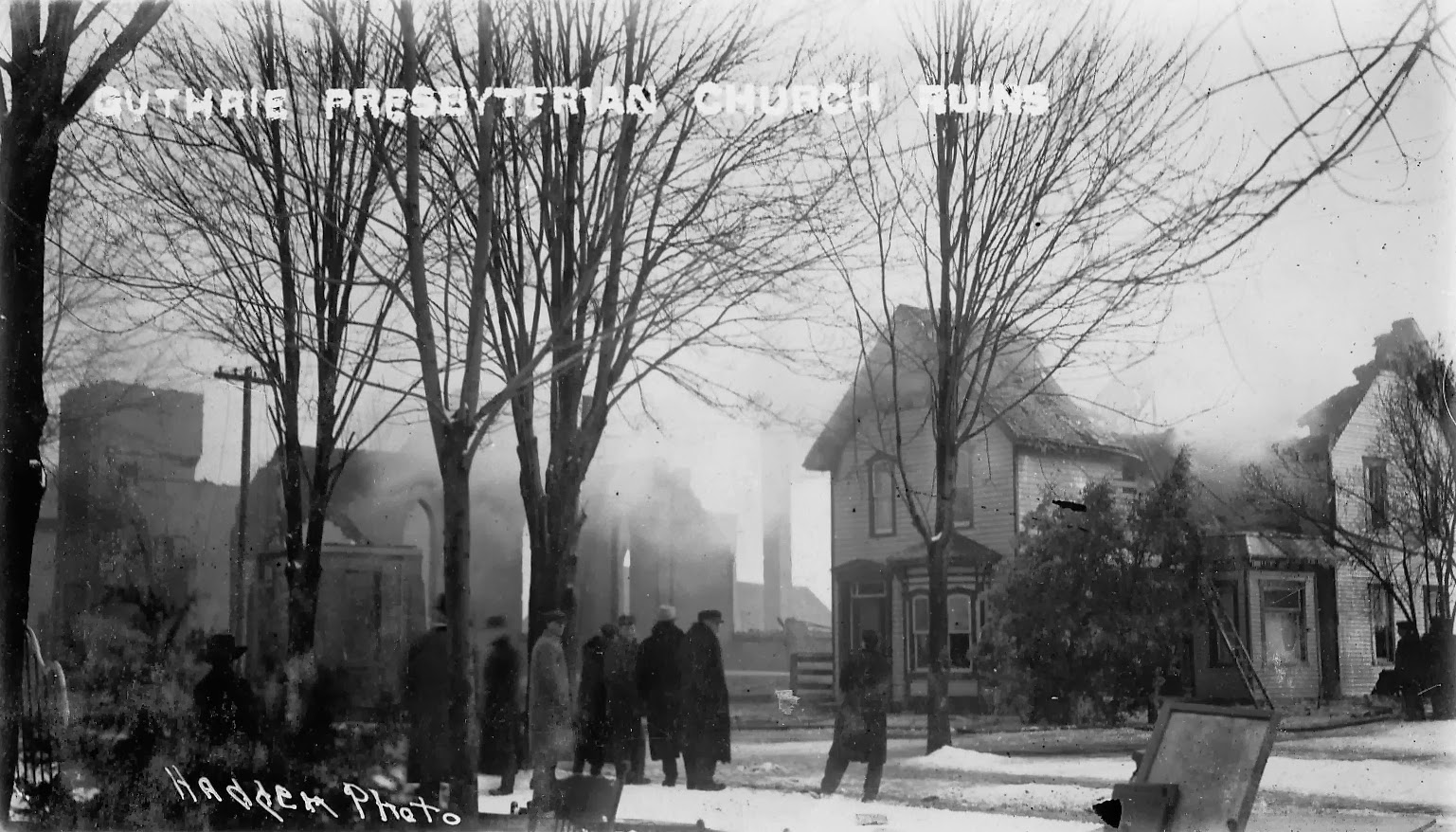 Sadly, both buildings were destroyed by fire on February 2, 1914; however, plans were soon underway to build the church we are in today. 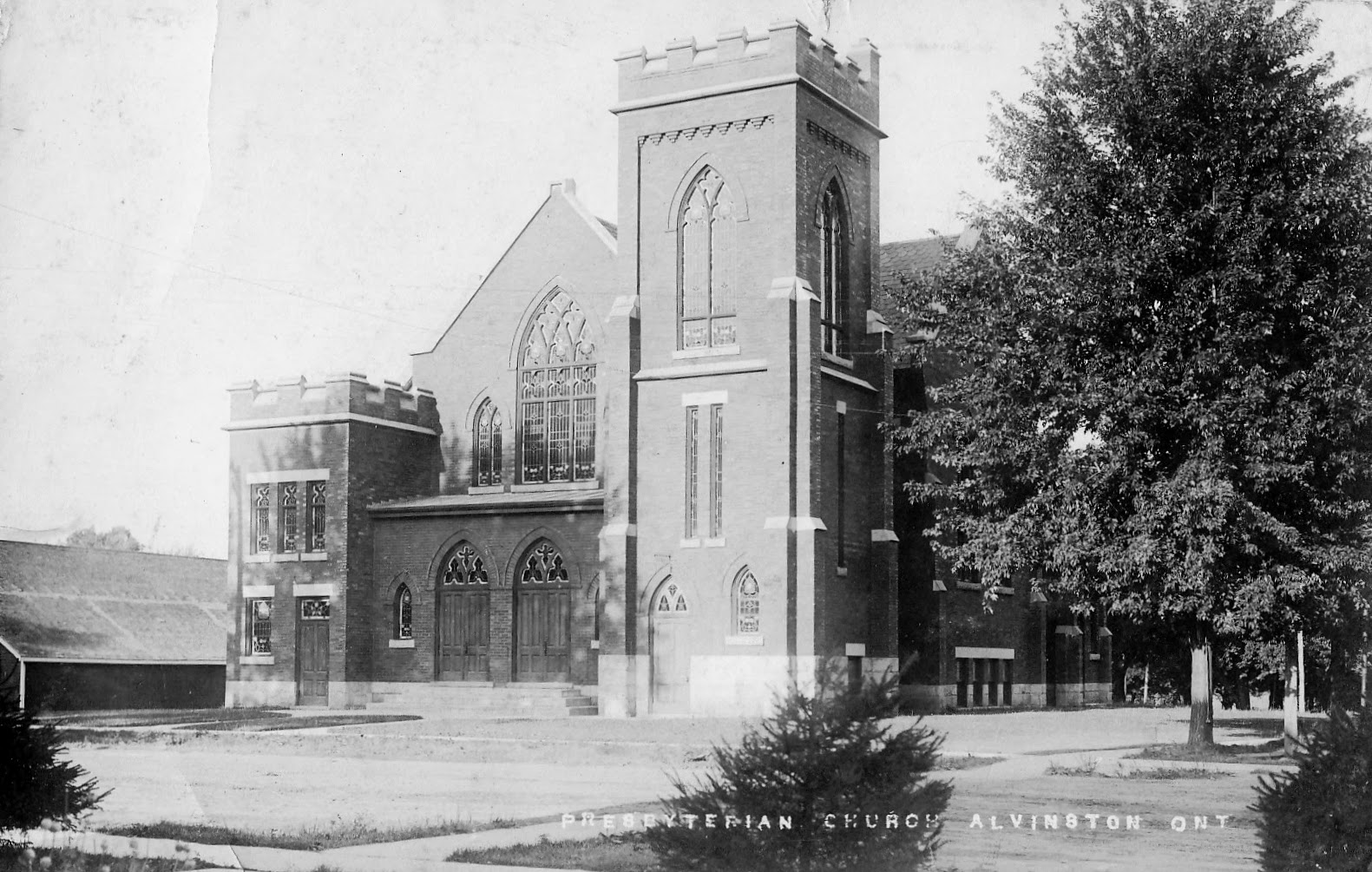 They purchased an acre of ground, an apple orchard, for $600 from D.J. McEachern. John Walker used his team and chains to pull out the apple trees. Meanwhile, the minister, Rev. Robert McKay, Mr. Walker and others went around the countryside soliciting funds for the new church which cost $18,000. Mrs. McKay and other women supplied many meals for the builders, Dan Downie and John Chalk, and many other volunteers. The old “Palace,” a former skating rink, was moved from the fairgrounds by Robert McVicar and made into a shed for horses and carriages. There is still a single step beside the church for women to dismount from the buggy.


The new cornerstone was laid on July 1, 1914; the dedication service was held on May 9, 1915 with standing room only crowds. On Monday, the Ladies Aid fed about seven hundred people with food left over for tea on Tuesday. In each event, music selections played a big part in the celebration. Thanks to the generosity of those in attendance and later donations, the church was free of debt by 1920.


In 1965, the 50th Anniversary of the congregation brought people from far and wide, including new and former choir members. An estimated seven hundred people attended in the morning with many seated in the basement. Five hundred people enjoyed a turkey and ham dinner in the community hall.
﻿

﻿
Over the years, there has been a Young People’s group, a long-standing W.M.S., a Sunday School, a faithful Choir, and of course Ladies Aid who added to the church coffers via bazaars, bake sales, Burns’ Suppers, silent auctions, chicken dinners, puddings etc. We join other churches for Easter and Christmas events. In addition, physical improvements have been made to the building, the kitchens, roof, brick work, and we have added washrooms, piano, organ, furnaces, paint, carpet etc.


Although our congregation has grown smaller over the years, our faith has not. Like many present day churches, we still try to “keep the faith” and serve the community spiritually and otherwise.


July 1, 2014 will mark the 100th Anniversary of the laying of the cornerstone of our current building as well as the 140th Anniversary of the first Presbyterian Congregation in Alvinston.  We would like to invite everyone to join us on Sunday, May 25, 2014 to help celebrate these important milestones in our church’s history. Stay tuned to this blog for more details!